Author of The Captain & the Queen 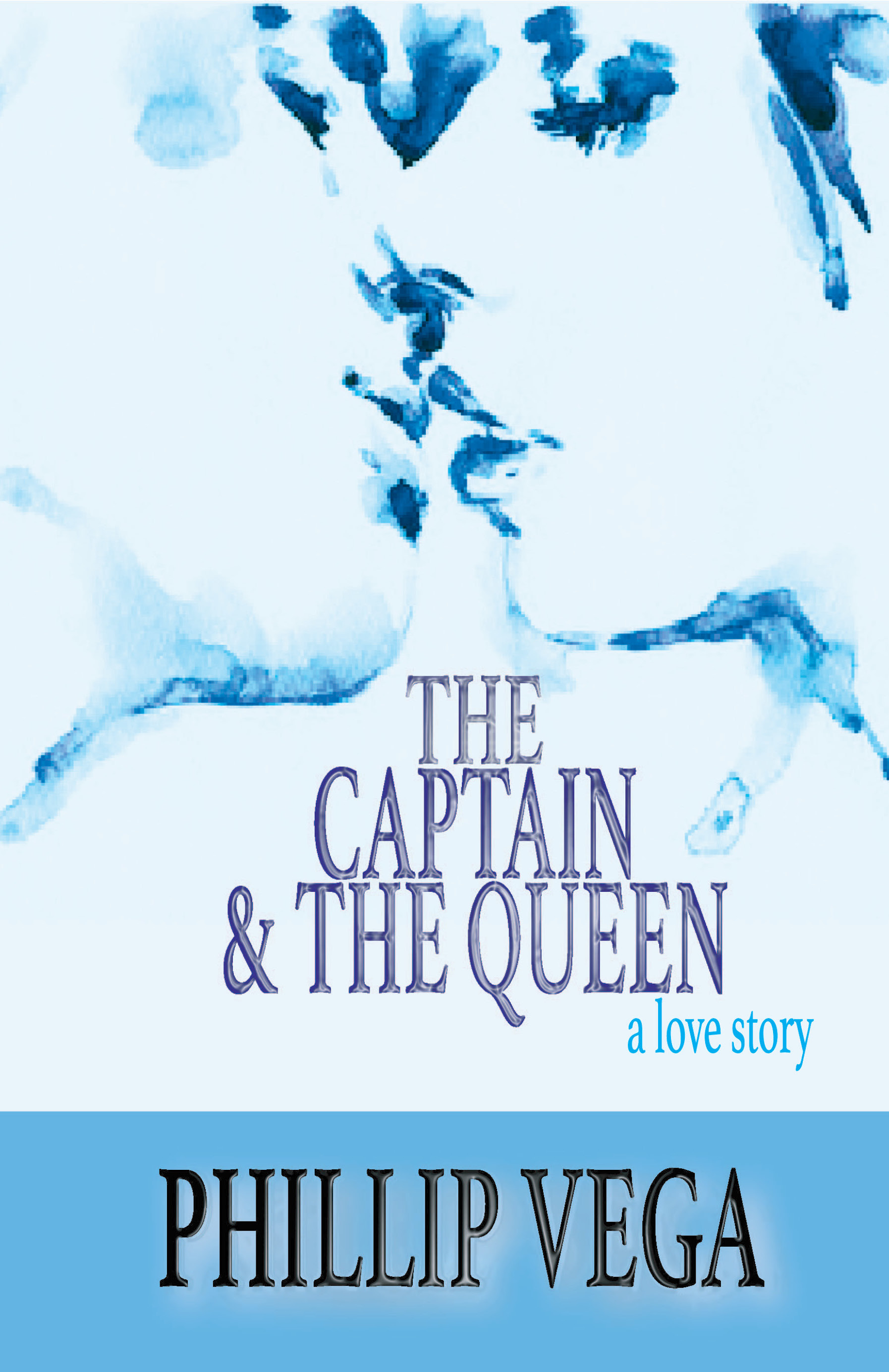 I jokingly tell people, “I’m originally from Krypton,” but I was really born in New York, and raised in the “fictitious” town featured in my novels, Stony Brook. Today, my wife, family, and I reside in Tampa, Florida.

So, what’s my deal? Well, while my wife and I enjoyed living on Long Island, the cost of living there was too high for us to afford, so, a few months after we married, we found new jobs in the Tampa area and moved … and never looked back.

We bought our home here. Raised four sons, numerous dogs, and have been able to live a prosperous life. Plus, living 15 minutes away from one of the prettiest beaches on the planet doesn’t stink, either, but don’t tell anyone that last part. I love keeping it a secret.

You need to understand that writing and publishing a book, let alone three, with a fourth on the way, was never on the dream board, or bucket list, for me. I was content living my life, happily married, raising four sons, going to church, and selling software for a living. You know, living our version of the American dream.

Of course, all that changed, one rainy Saturday afternoon in August 2015. After putting away the groceries, my wife and dogs turned in for a nap while I plopped down onto the couch to watch Saturday afternoon television with my iPad at my side.

As I surfed the myriad of channels we never watch but pay for, a vision, or video, began playing in my mind’s eye. It was the strangest sensation I’d ever experienced. Something urged me to open Word on my iPad and start documenting what I was witnessing. Before I knew it, I was three chapters deep my first manuscript.

Six weeks and 800 pages later, I completed my first manuscript, Last Exit to Montauk, the first of two published, award-winning novels, and one published short story. My next novel, titled Searching for Sarah, is coming out in the Spring.
If it weren’t for my friend Carol, I wouldn’t have published Last Exit to Montauk. Over dinner with friends, playing catch-up, doing the “so, what’s new in your world?” thing, I mentioned that I’d recently completed writing a story. She asked me what my plans were, and after I shrugged, she rolled her eyes and put me in contact with a published novelist friend of hers, Russ Elliott, who, in turn, put me in touch with his editor, Janet Fix, editor and publisher of thewordverve.

With a full caseload, Janet wasn’t looking to bring on a new unknown client, but as a favor to Russ Elliott, she agreed to “take a look” at my colossal manuscript and provide me with rudimentary feedback. Fortunately for me, once she read the manuscript, she had an unexpected visceral reaction to the story, believing it to be a memoir and not fiction.

Janet agreed to edit my manuscript, bring it down from the 800-page tome to a digestible 388 pages. I compare it to a butcher, taking a slab of beef, cutting away the fat, and ending up with a beautiful tenderloin. After finishing the editing process, which took several months, I did what most burgeoning authors do and sent out my manuscript to several publishers.

I received a few rejection letters, which I’ve kept, and a few offers to publish my novel, including an offer from Janet with thewordverve. Using my business skills, I reviewed the offers, sat with an attorney friend, and decided to move forward with Janet’s publishing house, thewordverve, and haven’t looked back.

Of course, some have described them as “Nicholas Sparks-meets-John Hughes” love stories, which is very flattering. I’d say that my first two novels, Last Exit to Montauk and The Captain & the Queen, are similar in theme. They’re coming-of-age love stories, set in the same “fictitious” Stony Brook, New York, universe, in the mid-80’s, featuring white-collar male Hispanic protagonists who fall in love for the first time. They also feature strong female protagonists as well.

My first novel, Last Exit to Montauk, currently nominated as a TopShelf Finalist in the 2019 Indie Book Awards, tells the story of a young Hispanic 17-year-old boy who falls for his equally beautiful and intelligent blonde classmate, nicknamed, B.

Told from his POV, the reader experiences all the joys and pains associated with falling in love for the first time, in a pre-internet world, from unexpected, embarrassing moments, like unexpected body reactions to experiencing that perfect first kiss. Our male protagonist, nicknamed, Mister, also deals with a jealous ex-boyfriend, and the girlfriend’s mother, who’s a bit controlling and not a fan of her daughter dating outside of her race—an underlying theme found in many of my manuscripts and novels.

My second novel, The Captain & the Queen, similar to Last Exit to Montauk, is also a coming-of-age love story, set in Stony Brook, New York, in the mid-80’s, but this time focused on different characters. In this story, a middle class, white-collar Hispanic male protagonist falls in love with a headstrong, beautiful daughter of a controlling Greek Tycoon. Some have likened it to a what if Donald Trump’s daughter, fell in love with a white-collar, middle-class, brown-skinned Hispanic boy, in the mid-80’s, kind of story. Unlike my first story, which takes place over a six week period, this novel takes place from the beginning of a school year to winter break.

Both stories take its reader through the wild roller coaster ride, I like to call first love. They’re both told from the white-collar Hispanic male perspective and include the challenges associated with falling in love with someone from outside of your race, during a time when that was less accepted: the mid-80’s.

The topic is universal, so I’d say anyone looking for a great love story. Certainly fans of the 80’s will enjoy my novels, as would anyone who grew up on Long Island during that time period. Also, someone looking for a great beach read, while sipping on a nice glass of wine or enjoying a delicious spoonful of ice cream.

I’m surprised at how much I love it, and how quickly it’s become a passion for me. Or how transported I become when sitting down and writing these stories. And once I’ve completed my manuscript, how much I enjoy working diligently with my editor to polish the story, cut the fat, eliminate the tangents, streamline the story, and deliver a perfect gem. My publisher laughs at me because she’s never met anyone quite like me before—someone who loves the whole process, from creation to editing to publishing, and delivering a final product. Most people get a little agitated somewhere along the line, but not me. I love it.

Relax and have faith. In yourself. In the people you work with. And your abilities to craft a story. And keep at it. Never stop seeking. Never stop improving. Invest in yourself, and in your future. Stay true to yourself, and allow the process to flow through you. Don’t forget where you came from, and remember, words have power, and can create change. Lastly, enjoy the journey.

My goal is to make it on to the New York Times Best Sellers list, which translates to between 5,000 to 10,000 copies sold in a one week period. I like to shoot for the stars, and if I miss and just make it to the outer atmosphere, that’ll work too.

Time management. Since I’m still new to this game, I struggle with managing my time, which is probably why it takes me six weeks to write a novel versus three to four weeks, which is a goal. I have the ideas: I just need to sit down and put them on (digital) paper.

Since starting journey, the creative floodgates have opened, which is why I have over thirty manuscripts developed, so I’d say my biggest writing strengths are taking the images that play in my mind’s eyes and transforming them into a cohesive story that makes sense, causing my reader to have a visceral reaction, either laughing out loud or crying real tears.

My biggest strength in publishing was finding and partnering with the right one. Thewordverve is truly a blessing. They understand me, work with me, and consistently deliver for me.

Regarding marketing, my greatest strength is my street team, TeamV, a group of friends and fans who’ve been there for me from the start and help get the word out, whether it’s a new interview, radio appearance, or book signing. Hand’s down, they’re awesome, and like thewordverve, a blessing!

My biggest weakness in publishing goes back to time management. My publisher does a great job in turning around my manuscripts. I, on the other hand, take too much time writing and re-writing after receiving my edits, instead of having faith and focusing just on the areas that need fixing. I tend to throw away the cake and start from scratch again. I’m working on it, but I know it drives thewordverve crazy.

My biggest weakness when it comes to marketing is ignorance. Not knowing which avenues will deliver the best results. Of the three, this is my greatest area of weakness, and one I continue to learn about and explore.

I’m constantly writing; however, I have recently submitted my latest manuscript, Searching for Sarah, to my publisher with a planned release for Spring 2020. I have over thirty manuscripts in development, and am already heads-down on my next one. Like I said earlier, even though I only started down this path in August 2015, it’s become a passion for me, and I absolutely love it.