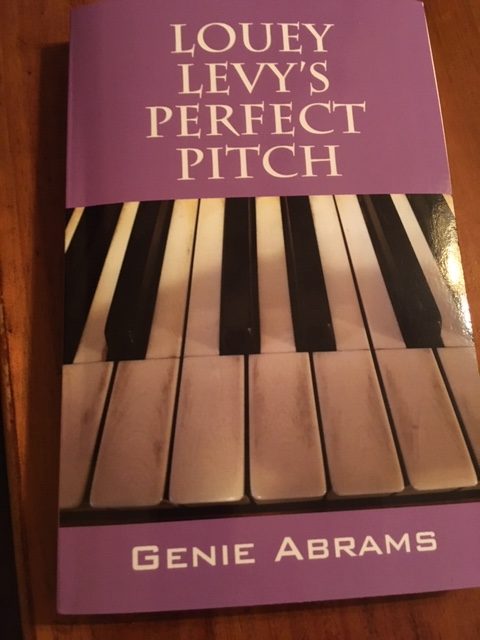 Readers were asking me to write a sequel to my first novel, “Louey Levy’s Greatest Catch.” For several years i told them that the first one took me 10 years to write and i didn’t think i had another novel in me. But then in 2018 when i retired, i found that i DID have one more novel in me, and it took me only one year to write “Louey Levy’s Perfect Pitch.”

It’s a hilarious story of a mad, angry and perilous time in our country’s history — the late 1960s, which saw the rise of Black Power, 2nd-wave Feminism, Civil Rights, and campus protests against the Vietnam War. Within that setting, it’s the story of one young woman’s journey through college at the very end of the era when abortion was still illegal in New York State.

Women of all ages, and the men who love them.

I learned that the best way for me to write is to write individual scenes, and to fylly flesh them out, and to worry about “stitching them together” later.

1. The more sets of eyes on it, the better. Even if those eyes belong to people who are not copy-editors!
2. When you’re done, stop.

In writing: Publicizing my book to the people who are most likely to buy it: Students, graduates and instructors at Syracuse University.

You mean what ARE my greatest strengths?
a. getting into the zeitgeist of the time in which the story is set
b. recognizing that self-publishing/publishing-on-demand is best for me
c. having a lot of contacts and friends

My biggest weaknesses are
a. laziness
b. not exploring all possible publishers and doing enough research on them all
c. giving up too easily

Never! But then again, I said that after my FIRST book!