Author of Called Yet Again 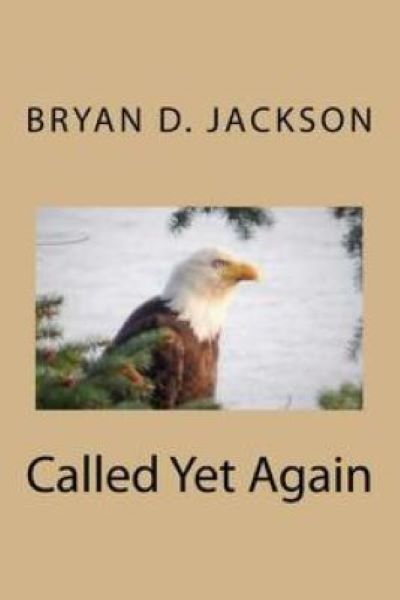 I was born and raised in Charlotte, NC, and I now live in the Greater Seattle, WA area.

Oh, my; that’s a complex one. My wife and I simultaneously landed jobs here in 2013 when there were none to be had back east during the height of the Great Recession. I was educated primarily in the Southern Piedmont Region of NC, which includes Charlotte-Mecklenburg, in everything from primary school to community college, to university, to graduate seminary studies. I had many jobs and a couple of careers prior to entering the ordained ministry. Later, I received postgraduate training at the Bowen Center for the Study of the Family in Washington, DC, which proved life-altering, and informs my thinking and writing to this day. Being a pastoral counselor in private practice was probably the most enjoyable aspect of ministry, although I have experience in parish minis-try and hospital chaplaincy as well. I began writing fiction in 2005 while a pastoral counselor, which led me to where I am today.

I began writing fiction before my spiritual memoir was written and published, and that stems from my love of fiction as a child. My mother read to me early, which helped develop my love for reading and writing. I had friends as a child but really developed closer relationships with characters from the books I read. Some of those were Scout and Jem, from To Kill a Mockingbird; Fern, Wilbur, and Charlotte from Charlotte’s Web; Tom, Becky, and Huck from The Adventures of Tom Sawyer; Ralph and Piggy from Lord of the Flies; and Gene and Finny from A Separate Peace, among others. As for Called Yet Again, I interrupted my fiction to embrace the calling to write about certain aspects of my life with the hope that it might help others in some way.

With respect to the adult non-fiction—specifically Called Yet Again but including any future publications—“research-driven, with a focus on the sacred,” would characterize that picture. Regarding the fiction for young people, which is my first love, character-driven tales with humor and strong female personalities tend to reflect my stories. I usually have a dog in my books, because the canine is sacred to me. I used to train dogs professionally and they figure prominently. Both of my forthcoming novellas, 12 1/2 Wall Street and Chattahoochee Rain, offer humor. The former is a lighthearted journey; the latter is a much more serious story. I am Cherokee by birth and active in my Cherokee community and Chattahoochee Rain is specifically Cherokee in nature.

People specific to those demographics. That is, a person wanting to examine the meaning of their life and its challenges, or, possibly, to what they might be called, could benefit from Called Yet Again, whereas the novels are likely to appeal to young persons (and adults!) looking for an entertaining story with a message. I have another Cherokee story in the works, and, of course, it is likely to appeal more to the Native American community; yet, it’s hard to say who will ultimately like what.

I was surprised to learn that writing has become my medicine. In Indian Country, we often speak of “medicine,” which is essentially a gift or tool representing your power or agency. Writing is mine. The indie publishing process is, for the most part, a joy. What I absolutely despise right now about publishing, though, is formatting. I was also surprised to learn that if one is publishing through a traditional publisher, even with all of the publisher’s resources, one is still the primary source of marketing for one’s book. Either way, you’ve got to get the word out, which is challenging for an introvert.

Trust your instincts more about every aspect of writing and publishing because they are likely to be right.

As many as would genuinely enjoy their characters and overall message. I see no point in forcing something on someone who is uninterested. I think it’s important to trust the Great Spirit that one’s work will reach those who need it.

Without question, my health. I have had some serious and chronic health issues that have delayed my books, particularly during the past ten years. We all have our demons.

My imagination and love for research are my greatest strengths in writing. My willingness to learn is my strength in publishing. For marketing, it is the realization that I can only affect a certain subset or readership of the market, and so I target them, depending on the book.

My biggest weakness in writing, especially creative writing, is that it comes in spurts; it’s usually inconsistent. I don’t mind “putting the butt to the chair daily,” as they say, but, depending on how one is wired, it doesn’t always work that way. Regarding publishing, it would be the manuscript formatting, as I mentioned. Probably my greatest weakness in marketing is not enough social contacts. Again, the curse of the true introvert.

I’ve already started it. I have several manuscripts in the works. The characters are all screaming to get out.

Indie! Though, I am not averse to the others. What I am averse to are traditional publishers who play games with writers, or who are generally dismissive. I’ve been through a lot and have fought for my life too many times to have the patience or tolerance for such things. I comprehend the pressure that company editors, agents, and publishers are under. That pressure, however, is not a license to be flippant or to engage in search and destroy missions. Be kind. Your life might one day depend on it.