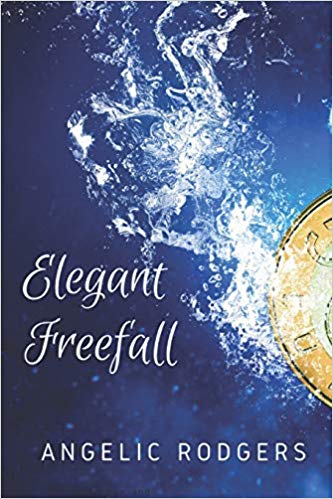 I was born in Texas and still have family in the DFW area. I currently live in a small town–Camden, Arkansas–that’s about 1.5 hours south of Little Rock. We often joke that we live in L.A.–Lower Arkansas,

Until I was around 12, we lived in a tiny Texas town. Then, we moved to a tiny Arkansas town where they literally threw turkeys from planes every second weekend in October. I graduated from high school and moved to Conway, Arkansas for college and I stayed there until I moved to Hattiesburg, Mississippi for my PhD in American Literature.

I moved to Auburn, Alabama and taught there for a few years before moving back to Little Rock, Arkansas. I got involved with a lot of social justice causes there and met my current wife on the street during a war protest in 2004. We stayed in Little Rock until 2013 and then moved to Kansas City for her medical residency. She was offered a job in Southern Arkansas at the end of her training, so that’s how we landed in Camden.

My first book, Blood Sisters, started as a short story for an anthology being put together by a press that doesn’t exist any more. When folks read it, they asked me to keep going and expand it. It became the first of a series–The Olivia Chronicles.

The story focuses on the origins of the three odd women in Dracula’s castle in Stoker’s classic. I taught Dracula in my World Literature sections often and the core of the story–who these women who attempt (perhaps they were successful) to seduce Jonathan Harker are and how they wound up there–always fascinated me. Stoker presents Mina Harker as having great strength and I wanted to explore those other nameless women in the book.

That book led to two others in the series, and all three are set in Contemporary New Orleans, a city I love and a place where people can reinvent themselves. The city certainly reinvents itself all the time.

For the Olivia Chronicles series, I often mention lesbian vampires, Stoker’s work, and voodoo priestesses in New Orleans. The cast is diverse and while there’s a little romance here and there, the books tend to focus more on the issues of identity and control.

My stand alone books–Elegant Freefall and the upcoming book Homecoming–are both contemporary romance novels that happen to have diverse casts but focus on strong women dealing with life and relationships.

Even though my books always include queer protagonists the struggles they go through are universal. Who among us hasn’t found ourselves in a spot where we wonder if we’ve outgrown our romantic partners or betrayed our parents and ancestors? Sure, readers might not be undead or even gay, but those questions of identity are still core to everyone’s experience.

With the non-paranormal books, the protagonists struggle with the larger question of who they are, too. No one really “comes out” in my books–they just happen to be in lesbian relationships. The focus is far more on their point in their lives where decisions about where they live, what they do with their time and energy, have to be made. Will they do what is expected of them based on their relationships–familial and career relationships–or will they break out of those old patterns and make a new way?

Characters surprise me, perhaps, more than anything else. With the Olivia Chronicles one of the characters I planned to kill off fairly early on has become a fan favorite and she simply refuses to leave. Her name is Wren (an homage to Renfield in Stoker’s classic). I’m often surprised with the way a character I think is a secondary one will step forward and demand more attention. But, that’s one thing that a series allows for that a stand alone doesn’t.

Realize this is a long game.

I would tell myself not invest my energy so much in what all the podcasters and bloggers tell me I should do to “make it.” I worried for a long time about how the right cover would make all the difference or that I should write to market or write more explicit sex scenes.

I don’t focus on numbers so much as the idea that someone out there is reading.

Probably the ways in which everyone seems to want to sell writers the “right way” to do things. A lot of people are trying to “teach” writers how to do make it big but a lot of folks holding online seminars, selling books, getting youtube viewers are focused on their own marketing–not on the actual writing.

I taught writing and reading at the college level for 25 years. And for half of that time I was involved with online education. While the shift to the virtual world has transformed education and publishing those changes are not always for the best. Churning out massive quantities of anything is not always the best option.

a. My biggest strength in writing is probably that I don’t write because I think it will make a lot of money. I write what I would want to read–the types of characters I want to hear about, struggling with issues in the 30s and 40s. They’ve been around a bit and they are complex messy people.

b. In terms of my strength in publishing, I suppose I would say that I do try to create a product that looks nice on the shelf and that is worth the investment.

c. I don’t market as much as I should, but I do well with advertising and networking within LesFic circles. When I traveled a lot for my day job, I used airports and plane seat pockets to my advantage, leaving promo postcards with the book covers on the front. Sales definitely went up after a trip!

a. I could do a lot better with a regular writing schedule and goal setting.

b. I get out a book every year or two. Ideally, I’d have a clearer publishing schedule, too.

c. I could do a lot more marketing; I probably don’t slam folks as much on social platforms with “buy my books” calls–for me social media is about connecting with people more than as a sales tactic. I know I get frustrated with the number of sales pitches in my social media. But, I could be a better sales person. Or hire out more marketing tasks, perhaps.

Homecoming will release on my birthday this year (11/14) and is on presale already. I’ve been working on an ensemble novel about four college friends at the crossroads of their individual lives who reunite for a long weekend in their college town. It likely will be my next release in 2020.

And, I need to get back to the voodoo and vampires. Book 4 of The Olivia Chronicles is percolating.

I am self published.